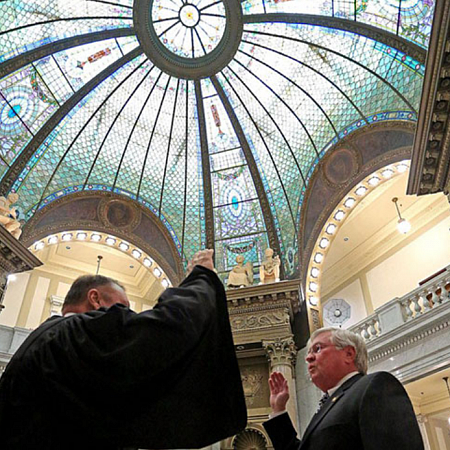 Prior to joining the Prosecuting Attorney’s Office, Jegley served as the Chief Staff Attorney for the Arkansas Court of Appeals.  Before joining the Court of Appeals, Jegley was legal advisor to the North Little Rock Police Department, staff attorney for the Arkansas Public Service Commission and instructor of law and legal clinic supervisor for the UALR Law School.  He was also in private practice.

Jegley is a member of Holy Souls Catholic Church.  His wife, Angela,was a career Assistant United States Attorney and has recently retired.  The couple has two children, Amanda and Adam, both of whom are lawyers.  The family lives on their farm near Roland north of Pinnacle Mountain in Pulaski County.